“Light a Candle for Jerusalem”, was the slogan under which the candle procession was held this year. Jerusalem issue is one of the hard-to-solve issues in the Palestinian-Israeli conflict, as the city is under Israeli Military control since 1967 and non-Jerusalemite Palestinians are not allowd to enter the city without special permit from the Israeli Authorities, which is rarely granted. Therefore, this year, which the increased Israeli attacks against Palestinian presence in Jerusalem, we have decided to light candles and march for Jerusalem.

On December 25, 201 Thousands of Palestinians and international visitors lit their candles and marched in Beit Sahour demanding free access to Jerusalem for the Palestinian people. People from all over the world can visit Jerusalem, except the Palestinian residents of the West Bank and the Gaza Strip.

With their lit candles, the marchers also demanded access to the holy sites in the city, the Church of the Holy Sepulchre and the Aqsa Mosque. We demanded free access to the old city, to the Via Dolorosa to the Gethsemane, etc,,

The march started at the Gree Orthodox Shepherds’ Field site, the place where the procession starts ever year since 1991, went through the towns’ main road and arrived at Souk Al-Sha’ab intersection in Beit Sahour where the huge Christmas Tree is positioned.

The marchers were welcomed by some inspiring words by the MC Raed Awwad, who invited the Mayor of Beit Sahour, Hani Al-Hayek to speak to the corwed. Al-Hayek express gratitude PCR for organizing this event which became a tradition in Beit Sahour and welcomed our special guest H.E. Kifah Odeh the Palestinian Representative to Spain.

Chairman of the Board of PCR, Michael Rishmawi spoke to the crowd and explained the importance of this procession where the people of Beit Sahour send a message to the world on behalf of the people of Palestine.

The ceremony was conlcluded with a performance by the Evangelical Luthern School Choir who chanted Christmas Carols and other hymns for Christmas.

The Candle Procession this is usually part of a three-day festival organized every year in cooperation with the Joint Advocacy Initiative (JAI) however due to the current situation in Palestine where young men and women are killed every day by the Israeli military and settlers, we have decided to limit the festival this year to the Candle Procession only, and keep our hope alive for peace and justice in the Holy Land.

Special Thanks to Bank of Palestine and Beit Sahour Municipality who’s generous donations covered the expenses of the event. Special thanks also go to Radio Orient in Bethlehem who provide the media coverage and Power Group who took photographs of the event and published them on Facebook. 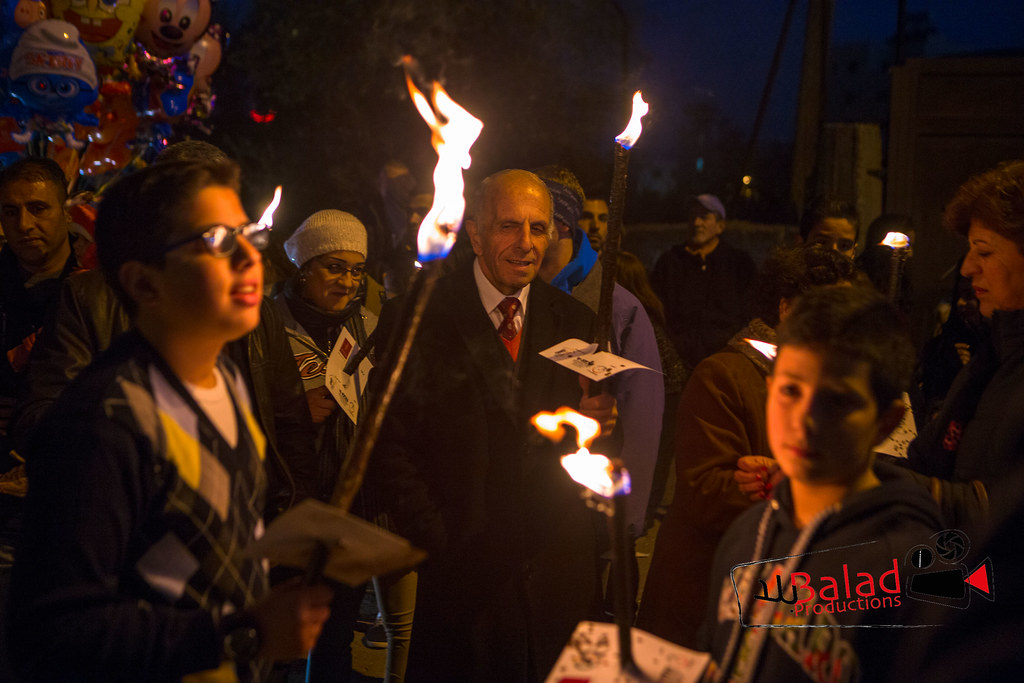